The tourbillon watch: this horological complication that turns heads

This article invites you to come back on the fascinating history of the tourbillon that is still very popular with luxury brands. We will return to the genealogy of this system, designed to improve the accuracy of pocket watches. We will also detail how a whirlpool works so that it has no more secrets for you!

Behind this incredible invention lies a great watchmaker and engineer: Abraham-Louis Breguet. We will dwell on his career and his research to achieve this technical feat. Later, we will see that with the advent of wristwatches, the tourbillon has a reason to be different from the time. Finally, we will examine the work done by major manufacturers to develop ever more impressive models.

Here is a tourbillon cage.

Abraham-Louis Breguet invented the tourbillon in 1801. In the eighteenth century, the word “tourbillon” refers to the movement of the stars. Descartes declares in fact in the Principles: “The planets revolve around their sun, carried by their tourbillon”. Indeed, we understand why this name was chosen: the small mobile cage turns on itself like a planet.
At this time, the pocket watches are carried upright in the pockets precisely and therefore placed in the same position most of the time. The effect of gravity on the balance and its hairspring, therefore, leads to a slight deformation of the latter and therefore to lesser precision. The goal of Breguet is to improve the accuracy of mechanical watches by counterbalancing the disturbances of balance isochronism due to Earth’s gravity.

So, let’s start by defining what isochronism is. The oscillations of a pendulum, of a spiral balance, are isochronous when their duration is independent of the amplitude, that is to say, that, whatever the amplitude of rotation of the pendulum, its frequency remains identical: c isochronism. For example, when the barrel of a movement is raised to the maximum, the force transmitted to the pendulum via the gear is greater than when the barrel is less reloaded, which has the effect of increasing the amplitude of the pendulum.

To understand this system, it is necessary to quickly return to the principle of the power reserve. In all mechanical watches, there is a system that stores energy. This system, called the barrel, uses a spiral spring that compresses during reassembly and then gradually delivers the energy stored to operate the watch. It is like the fuel tank of the watch.

The power reserve is precisely the time it takes the barrel to deliver all the energy it can store. In other words, it is the time that elapses between the moment when the watch is raised to its maximum and the moment when it stops, as long as it has not been raised in the meantime. To learn more about the barrel of a watch, you can read our article on the principle of operation of a mechanical movement.

HOW THE TOURBILLON WORKS:

To counter the effect of gravity, Breguet has the brilliant idea to place the assembly formed by the balance, the balance spring and the exhaust in a cage rotating on itself, usually in one minute. It thus obtains a mixing of the vertical positions, which allows the “differences of the market” to compensate each other.

Plan of a Breguet Tourbillon

The postulate of his invention is based on the fact that the running of a watch differs according to its vertical position. The generating effect comes mainly from the imbalance of the balance and that of the spiral. To compensate for these differences and obtain the optimal movement, it is necessary that the centre of gravity of the pendulum-spiral-exhaust assembly is at the centre of rotation and that it stays there during the oscillations, as it is the case thanks to the tourbillon. This mechanism also has the advantage of improving lubrication by preventing the oils from freezing.

This image illustrates how the tourbillon works. We, therefore, find that with this system, it is possible to adopt a multitude of positions to the sprung balance-spiral-exhaust and thus obtain optimum accuracy.

THE MAN BEHIND THE INVENTION OF THE TOURBILLON: ABRAHAM-LOUIS BREGUET

Abraham-Louis Breguet was born in Neuchâtel (Switzerland) in 1747. His family, French, has been established in Switzerland since the 15th century. At the age of fifteen, he was apprenticed to watchmaking by his father-in-law, himself a watchmaker, in the Val-de-Travers, in the Verrières.

e studied for a few years with Father Marie, an ecclesiastic enthusiast of mathematics and astronomy. This one will exert a certain influence on his future inventions.

The young man continues his training, but this time on the side of France, in Versailles, where there are beautiful meetings because he will have the chance to know Ferdinand Berthoud (inventor of marine clocks) and Jean-Antoine Lépine (great inventor and watchmaker for Louis XV, XVI and Napoleon), who teach him the art of watchmaking. In 1775, he founded the Breguet watchmaking house in Paris. He then moved to his account: 39, rue de l’Horloge, on the Ile de la Cité.

Breguet perfects the perpetual watches which are remounted alone by the movement that one prints to them by walking, invents springs stamps, rehearsal fringes, exhausts of all kinds and introduces the use of rubies in watchmaking, which make it possible to reduce friction.

A clever mechanic in watchmaking, he logically became a reference in his art; inventing and manufacturing scientific instruments for physicists and astronomers. He also creates a large number of chronometers and astronomical clocks, marine clocks and metal thermometers. Breguet is then watchmaker for French royalty and rubs shoulders with physicists and scientists. It is through his encounters that the sketches of his future inventions are born. The watchmaker has, moreover, Marie-Antoinette, then Queen of France, as a client. In 1800 he filed his patent application for what he called: tourbillon. He obtained it a year later, but it was not until 1805 that he sold his first tourbillon. This one is extremely complex to realise. Abraham-Louis Breguet died in 1823 and left a rich watchmaking heritage of many inventions still commonly used today.

Eighty years after the invention of the tourbillon, the Danish Bonniksen is developing a similar system: the carousel. This one, like the tourbillon, fulfils the function of compensating for the differences of march caused by the terrestrial gravity when the movement is in a vertical position. The regulating organ of the carousel is placed on a platform that turns it like a wooden horse on a carousel. The platform is secured to the second gear and driven by the medium wheel. In the case of the tourbillon, the cage is in the centre of the balance.

Finally, the tourbillon and the carousel fulfill the same function, namely, to improve the precision of the mechanical watches by counterbalancing the disturbances of the isochronism of the pendulum due to Earth’s gravity.

THE CASE OF THE GYROTOURBILLON:

The gyrotourbillon, allows the “deviations of step” induced by the gravity to compensate in a way still a little more optimal.

Indeed, the principle of the vortex is pushed to the extreme: instead of taking all possible vertical positions, the gyrotourbillon passes through all possible positions on three axes and thus turns in the manner of a sphere in three dimensions.

THE EVOLUTION OF THE TOURBILLON:

Since 1801, the complication has been reworked and perfected. As we have seen, some very high-end watches use tourbillons on several axes, such as the Jaeger-LeCoultre gyro tourbillon (first model produced in 2004). Other models contain several vortices, the average of which, calculated by means of a differential, is used to give the time, for example, Greubel Forsey’s quadruple vortex. In the same differential principle, Blancpain has combined the tourbillon and the carousel in the same watch.

Franck Muller, he created the Giga Tourbillon in 2011. The plate has been reversed for this model, the tourbillon being in front and not behind. The hour hand is above the minute-hand while the reverse is true for traditional mechanical movements. This is also the largest tourbillon visible in a wristwatch. Ulysse Nardin has developed what they call a whirlpool carousel. The latter has the function of showing the display of the minutes and thus replaces the needle. The set thus performs a complete turn every hour. Finally, Breguet remains in the traditional with its classic tourbillon, the term rocket related to the transmission of the energy of the barrel and not the vortex itself.

The technical utility of the tourbillon is more and more discussed. Indeed, at the time, this mechanism provided a real improvement in accuracy for pocket watches, which were in a vertical position most of the time. But currently, wristwatches are called to follow the movements of the wrist and therefore adopt very varied positions. Its utility has evolved.

In addition, many other technical improvements have made mechanical watches ever more accurate since the invention of the tourbillon. Some brands are now able to produce uncomplicated watches whose accuracy equals or surpasses those of watches equipped with a tourbillon. Whirlpools are also less complex to design at present, with the evolution of production techniques. They remain, however, ambassadors of high-end watchmaking and are present in the luxury watch models of major Swiss brands at prices never below a few tens of thousands of Swiss francs. This shows how the tourbillon watch is, even today, representative of the technicality of the watch industry.

In conclusion, the tourbillon seduces from now on mainly by its history and its aesthetic aspect: it is true that it is quite hypnotizing to see this mechanism of the most ingenious in march. However, it is still very difficult to achieve, only a handful of watchmakers is able to perform its assembly within a factory and is one of the symbols of fine watchmaking. 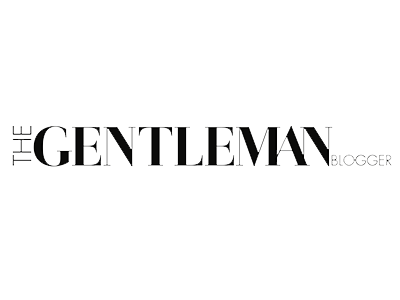 " Become a watchmaker at Initium, in the heart of Geneva, meet an authentic watchmaker and learn the art and science of watchmaking. - Matthew Zorpas, 186k subscribers " See all our press releases 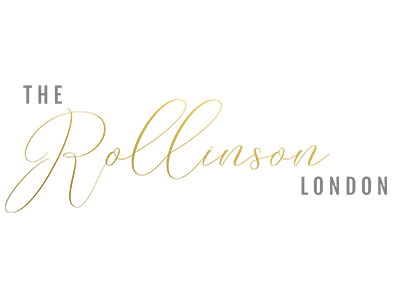 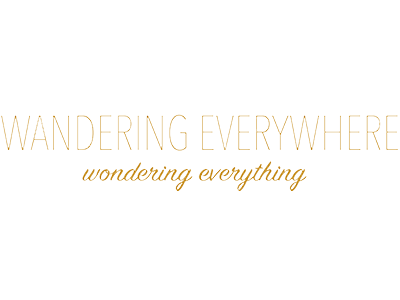 " I have always been fascinated by the mechanics of timepieces, and in this case, Initium was the best place to learn. - Amy Aed " See all our press releases

Why should you join our adventure ?

Enjoy your advantages by
following our newsletter!